Avila stands on an incredible legacy.

If you flip back a few chapters in the history books to ancient, pre-Hispanic Mexico, you’ll find that the agave plant was deeply rooted within the cultures of that time period and was surrounded by a mystique that’s as fascinating as it is dynamic. Fueled by mythology, agave was quite sacred to say the least.

Personified by the goddess Mayahuel, it was widely believed that the sap collecting inside the plant was Her blood, so it’s no wonder why the first alcoholic beverage produced from agave was so revered and cherished. Called pulque, this drink had a milky texture and appearance and was made by fermenting agave sap. It was incorporated and used in many rituals, festivals and celebrations. Since it was so sacred, only certain classes, such as priests, nobility, and even those who were to be offered as human sacrifices, could consume it. It wasn’t to be imbibed by the average Joe. 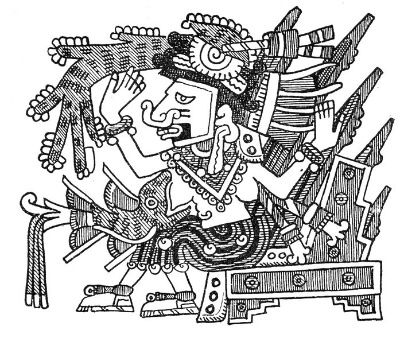 Fast-forward to the 1500s when the Spanish arrived in Mexico, the Conquistadors were quickly drinking through their supply of brandy, and to rectify their situation, they developed another plan for the indigenous agave plant. In search of a beverage that was a bit stronger than pulque to please their palates, they introduced a new process which they brought with them from Europe – distillation. After roasting the piñas of the agave in underground volcanic rock pits, the Spanish would then crush and distill the juice, just as they did with grapes back home to produce their beloved brandy. This officially gave birth to mezcal, Avila’s ancient cousin.

As Spain’s conquest pushed further north, so too did the popularity of distillation and their newfound spirit. Along the way, local producers and taverns eventually began experimenting with distillation and set up their own shops, touting their own mezcals and catering to the population. Eventually, the Spanish reached what’s now known today as the state of Jalisco, and it’s there that a new production method was introduced. Rather than using underground pits to roast the agave piñas, above ground ovens were used. Without knowing it, this new twist and experimentation would produce one of the most popular spirits in the world – tequila. This spirit played a critical role in the economic development of the region, became a major source of trade and of course kept spirits high during the wars of Independence and the Revolution.

Over the centuries, there have been just a few variations of agave spirits brought to market with the major differences being what type of agave plant is used and the region where it’s being made. Alongside the Conquistadors’ application of distillation, Avila is one of the most significant developments in agave spirits in recent history. Avila is not a new brand; it’s not a new expression. Avila is a completely new category which shines the spotlight on Morelos, Mexico, and further strengthens the unity of the country under the agave spirits umbrella.